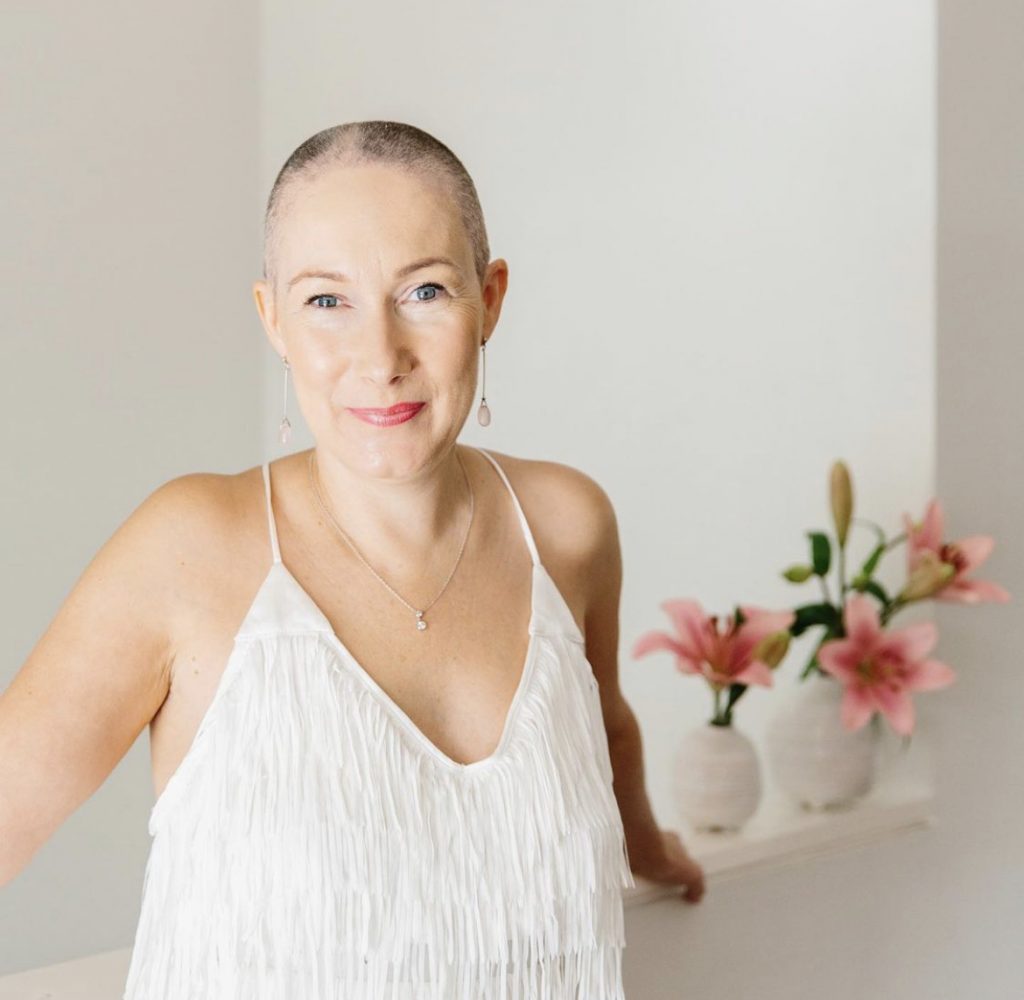 There are some people who live their lives as though they’re asleep; breathing without even the slightest suspicion there’s a sweetness to the air they’re completely missing; looking without seeing; existing in the world without embracing every moment for the absolute wonder it is. Then there are those—most of us I imagine—who spend some of their lives like that, but who occasionally, when jolted by a threat to their happiness or health (or that of a loved one), wake up for a delicious, delightful moment. Noticing the scent of Eucalyptus, basil, or sea-salt on the air, they breathe it in deeply and, with eyes closed, begin to finally see the beauty that surrounds them.

Emma’s a rare beauty. The kind you’d cross your heart and hope to die for just the chance to spend one afternoon drinking rosé in the sun in her presence. Like the Middlemist Red, a member of the camellia family, she’s one of the rarest flowers in the world – a stunningly precious creature who is a sight, sound, scent, and everything-to-every-sense to behold. A force of nature who embraces every single day with the aim of living her best epic life at every given moment. No breathing without being fully aware of the sweetness of the air; no looking without seeing every beautifully intricate detail of her surroundings; living fully, authentically, and completely in the world without wasting or taking for granted a single second.

If we come back to the Middlemist Red for just a moment, it’s important to note this extremely rare flower can only be found in two locations in the entire world – a garden in New Zealand and a greenhouse in the UK. The beautifully rare qualities embodied by Emma are similarly matched by one other human in her world – James – the man she loves and secretly married in October 2020.

Emma and James’ elopement is more than just a story of two lovers entwining their hearts and souls. Of course, that part of the story is epic all on its own but limiting it in such a way would be akin to admiring only the crescent instead of the whole, resplendent moon. Because this is a story not only of tenderly entangled lovers, but also of the heart-led community that surrounds, supports, and celebrates them.

In the lead up to her elopement with James, Emma decided to do something to make herself feel especially good and booked in for a facial with Shaun at the London Skin Clinic. From the moment they met, Emma felt a strong connection with Shaun, and it wasn’t long before she’d brought him up to speed on what she had going on in life, including her plans for the imminent future. She filled him in on their soon-to-be-realised dream of a cliff-top wedding overlooking the ocean, and their plans to stay at the stunning Lapito House in the days leading up to it. As a single tear of joy fell from Emma’s eye to the floor at his feet, Shaun knew he wanted to help make this incredible woman’s day as beautiful and memorable as possible.

Pulling gently on the collective heartstrings of his community, Shaun quietly worked away in the background, intent on making sure that when Emma arrived for her wedding, she’d be greeted with a room full of love and joy. Pia from Lapito House was on board, waiving a portion of the accommodation fee and driving all the way from the Fleurieu Peninsula to Eastwood to transport everything back to the house. Ray from Out In The Paddock kindly donated platters of food for the soon-to-be-newlyweds, Studio Botanic came forth with stunning foliage, and a good friend of Shaun’s who overheard the preparations—Blaga Dimauro—arranged and paid for the couple’s wedding cake to be made by With Love By JoJo Razz. After organising all the logistics, Shaun finalised the bill for the couple’s accommodation, added the final touch—a bottle of Veuve Clicquot La Grande Dame—and swore everyone to secrecy.

Now, as we shimmy past the anniversary of their engagement (16 August 2020) and approach Emma and James’ one year wedding anniversary, Emma finds herself coming head-to-head with the big ‘C’. Literally.

On 28 July 2021, one day after Adelaide had emerged from a Covid lockdown, Emma experienced an ‘episode’ at work. Whisked off to the Royal Adelaide Hospital in an ambulance, Emma presented with pitch perfect vitals before quickly declining and suffering a seizure. Scans were taken and two brain tumours were found. By the following morning, seven others had been identified, bringing the grand total to nine.

Emma’s responding well to treatment. She’s loaded up on a stellar cast of drugs, including anti-seizure drugs and steroids to stop the swelling on her brain, thereby relieving the seizure-causing pressure on her tumours. In early August she embarked on five sessions of full brain radiation to reduce the size of her tumours, which she breezed through with flawless fashion, a never-ending plate full of Saudade Portuguese custard tarts, an ever-present smile, and an afternoon glass (or two) of Moorooroo Park Vineyards Anna Clara Shiraz Rosé served in her favourite Maison Balzac pink wine glass. Her focus now is on sharing her story and making sure as many people as possible follow in her footsteps so they too can live fully in every moment, embracing life for the wonder it is.

Emma’s message is simple. No matter what life throws your way, take it, run with it, and live every day as your truest self. Embrace who you are, strive for what you want, and surround yourself with the people who will make doing those things the easiest and most enjoyable walk in the park you’ve ever had. Living your best life is that easy. It’s how she’s lived – and continues to live – every moment of every day.

< Back to All Posts

Home
About Us
Contact Us
Gift Cards
Press
Appointments
Treatments